Freeciv is a free turn-based multiplayer strategy game, in which each player becomes the leader of a civilization, fighting to obtain the ultimate goal: To become the greatest civilization. Players of the Civilization® series by Microprose® should feel at home, since one aim of Freeciv is to have optional modes (called rulesets) with compatible rules. 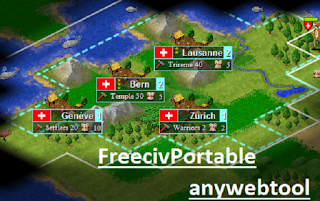